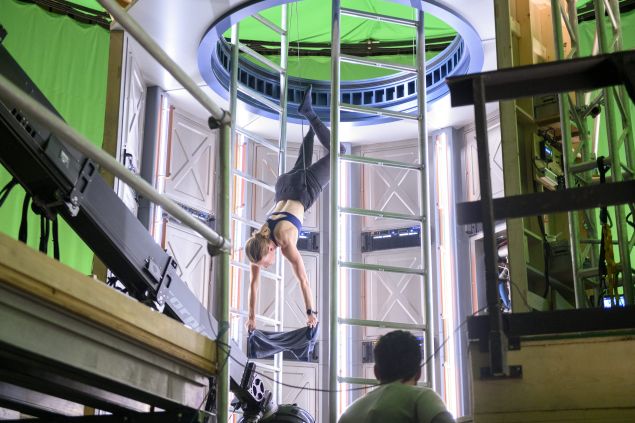 Hilary Swank on set as Emma Green, shooting the first episode of Away. DIYAH PERA/NETFLIX

Though Netflix’s Away is a fictionalized version of Scott Kelly’s year-long stint aboard the International Space Station, as written about by Chris Jones in a 2014 issue of Esquire, there are many aspects to the 10-episode series that are grounded in truth. In space, problems quickly turn into existential disasters—like a spontaneous ball of fire that’s made worse by a t-shirt with droplets of sweat, or loss of sight in otherwise healthy eyes, or the body’s ability to shed huge chunks of foot calluses because in space you just don’t need them. And most certainly, to make it as immersive an experience as possible for its viewers, the physical movements of the astronauts needed to spot on.

“It needed to be believable, it needed to happen in a realistic way, and we had to do it in a TV show timeframe,” says Jeff Aro, the supervising stunt coordinator and head of Away’s 11-person stunt team. The show stars Hilary Swank, Ato Essandoh, Mark Ivanir, Ray Panthaki and Vivan Wu as astronauts on the first-ever human Mars expedition, a three-year journey. 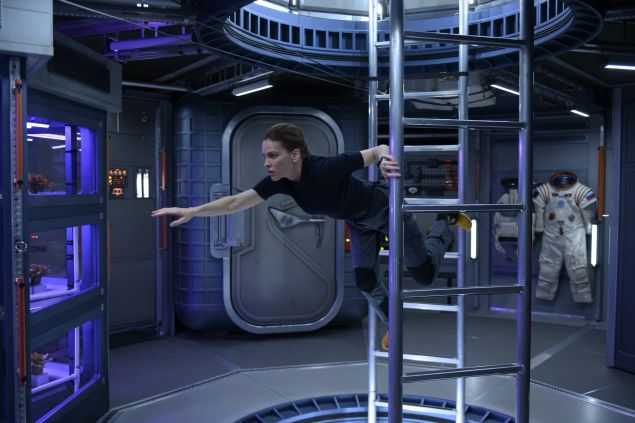 Hilary Swank plays Emma Green, commander of a five-person mission to Mars. Away required that all five actors interact in zero gravity across all 10 of the season’s episodes—two numbers that coordinator Jeff Aro suspects are records for television stunt work.  DIYAH PERA/NETFLIX

Aro, who has amassed over 100 credits in his 17-year career as a Hollywood stuntman, including 300, The Man in the High Castle and Lost in Space, has a background in martial arts and contemporary dance. Though not immediately obvious attributes for a stunt coordinator on a space-set TV show, Aro relied heavily on those instincts to create what he calls a “movement vocabulary” for the actors.

“Typically, in stunt storytelling we are the expletives—and we’re very good at that, but we had to explore our more sensitive, more emotional side on this show.”

“Nobody has ever actually [been in] lunar gravity without spacesuits,” says Aro, referring to the fact that on the moon, there is one-sixth the amount of gravity that is on earth and we’ve only ever seen astronauts in space suits in that environment. Part of the show takes place on a lunar base established to serve as a waypoint en route to Mars. “[The video images] we’ve seen with lunar gravity make the astronauts look quite clumsy—like a little kid in a too-big snowsuit. But what does it look like without that spacesuit? What is that movement on a lunar base in a day-to-day world for people living on it?”

SEE ALSO: Netflix’s ‘Away’ Is an Old-Fashioned Take on the Final Frontier

For the scenes that take place in zero gravity, like when the crew is traveling in their rocket from earth to the moon landing station (fictional, of course) and then from the moon to mars, the references for that type of movement are readily available. It didn’t require Aro to create an entirely new way of movement, rather it was about researching NASA’s footage to have the actors reproduce those movements. 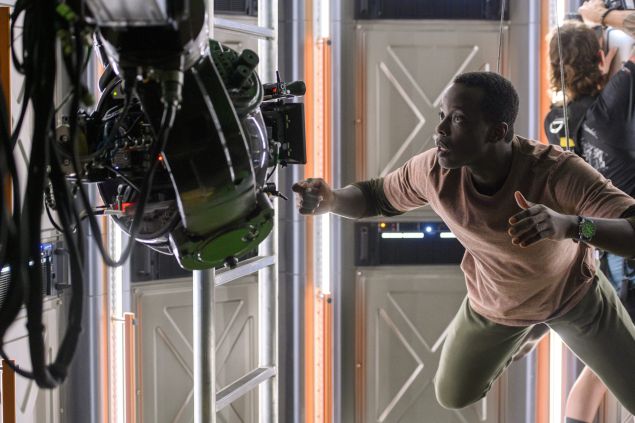 Ato Essandoh plays Kwesi, a botanist and astronaut in Away. DIYAH PERA/NETFLIX

And reproduce they did. Swank, Essandoh, Ivanir, Panthaki and Wu went through a rigorous space boot camp—“It was basically like doing Pilates for five hours every day,” he describes—where they did strength, endurance and lowered gravity exercises for two weeks straight leading up to filming the first episode. Aro wanted them to go hard in prep so that set-work would be easier.

“Our goal was to train them as well as we trained the stunt performers,” says Aro, explaining that the cast did about 98 percent of their own stunt work on wires. “If they understood the systems as well as our stunt team did, then they could communicate with us and tell us what was needed because we wanted to help them tell the story, not just be our puppets. When you’re hanging from wires, if it’s not created in a way that supports their movement, they become a slave to the system. We became their dance partners—we could [tell what they needed] by a simple gesture or the intention of a movement, a tiny tilt or shift.”

Away filmed five people in zero gravity for 10 hour-long episodes—a Herculean effort and a feat Aro suspects might be a record, for both the number of castmembers and the episodes clocked. This was a huge task to take on, and of course required an astronaut consultant, Michael Massimino, to give the stamp of approval on Aro’s work. But the biggest challenge for Aro was creating a workflow that could carry his team through the sheer volume of zero-gravity stunt work throughout the season, where walking—or rather, floating—from one room to another suddenly becomes a stunt. Because the everyday movements of these characters were actually stunt work, Aro had his team learn all of the cast’s dialogue so that they had a rough idea of what any given character would physically be doing in any given moment, based on their emotions in that moment.

“The tone of the show isn’t an action show where someone blows up here and [there’s a fist fight] over there,” he says. “Typically, in stunt storytelling we are the expletives—and we’re very good at that, but we had to explore our more sensitive, more emotional side on this show because the tone of Away is more of a human experience, heart-and-soul kind of story.”

Away is available to stream in full on Netflix. 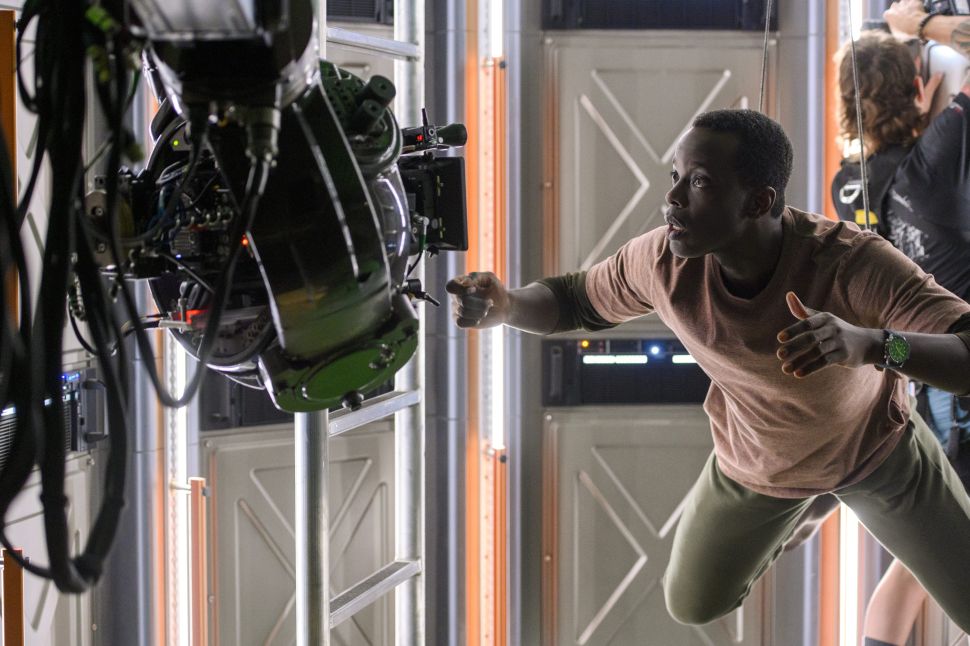 Exploring the “Art” of nature in Northwest Ohio