MOSES LAKE — Need an excuse to hunt down rocks at local parks? Moses Lake Parks & Recreation has got you covered in October with a new Park Bingo Scavenger Hunt, now wrapping up its second week.

Cheyenne Lundsten and her husband, Trevor Lundsten, recently moved to Moses Lake in June 2019. Cheyenne said they haven’t had a chance to get out much since moving to town, between having a pair of young children, remodeling their home, and COVID-19 coming into play in March.

“We’re kind of new to Moses Lake, so it helps us learn the area,” Lundsten said. As a stay-at-home mother, Lundsten said, she’s always searching for new things for her and the family to go out and do.

She said they have gone out “hunting” in the evening after her husband comes home from work. They’ve had a lot of fun finding the rocks each week, and even won a pair of prizes. Natalie Lundsten, 2, won a gift card, and Trevor Lundsten won a T-shirt after completing a pair of bingos.

Devised by recreation supervisor Tom Los with Moses Lake Parks & Rec., the new program sends families and community members out to various parks each week to find the special painted rocks that have been hidden.

Find a rock? Check off the box on your bingo sheet, with any bingo earning people the chance to win prizes at the end of the week. Prizes are awarded every Friday as the next week’s rock locations are released.

While the event is already underway, people can still jump in and hunt down the rocks from the first two weeks’ park locations. A $100 gift card, sponsored by Basin Community Church, will be awarded at the end of the event in addition to lots of weekly prizes up for grabs. After the success of the gnome scavenger hunt in the spring, Los said people were asking for a similar event.

“I didn’t want to do the gnomes again, so I decided to come up with something new,” Los said. “I came up with Park Bingo, with the thought of ‘What can I do to get people out while the weather is still fairly nice?’”

Twenty-five different rocks will be hidden at 25 parks around Moses Lake to complete the bingo card. Completing the entire card will earn participants 17 entries for prizes, with five more entries earned for a bingo card “blackout.”

Windermere Real Estate, Dairy Queen, Domino’s and Sportsman’s Warehouse are among the businesses to donate prizes for the competition.

“There’s a variety of prizes, it meets a little bit of everybody, not just one demographic,” Los said. “It’s not just a kid’s thing, or something. We have lots of families that are playing, and we’ve had a lot of families where they have won two prizes because they’re all out there playing as families.”

Los said he just wanted to provide something fun for people to get out and get away from electronic screens for a while.

He said he hoped to give people a unique event to get out, explore the parks, and enjoy the outdoors before the cold weather shows up.

Kristen Krcma has been hunting down rocks with her sister Susan and her 6-year-old nephew, Hunter. Krcma said she heard about the event after her sister sent a notice about it in the family’s group text.

“We love going to the parks, and it was a nice way to explore different parks that we haven’t been to,” Krcma said. “And we really enjoy doing different events, and they’ve been limited since the pandemic.”

She said her nephew was very excited to find one of the rocks before anyone last Saturday, gaining bragging rights for the day. Being in different households, she said, the bingo event gives them a chance to get together without worrying about some of the social distancing concerns.

Krcma said she knows the holidays will be tough on the kids this year, knowing they won’t be the same as they usually are. This event has provided a bright note after being limited in things to do recently, she said.

“It’s definitely let us end the summer on a higher note than previously because we were so cooped up for those few months,” Krcma said.

While they were a little late turning in their cards last week, they hope to win a couple of prizes before the event comes to an end, she said.

Casey McCarthy can be reached at [email protected] 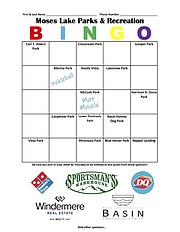 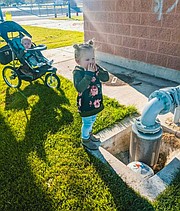 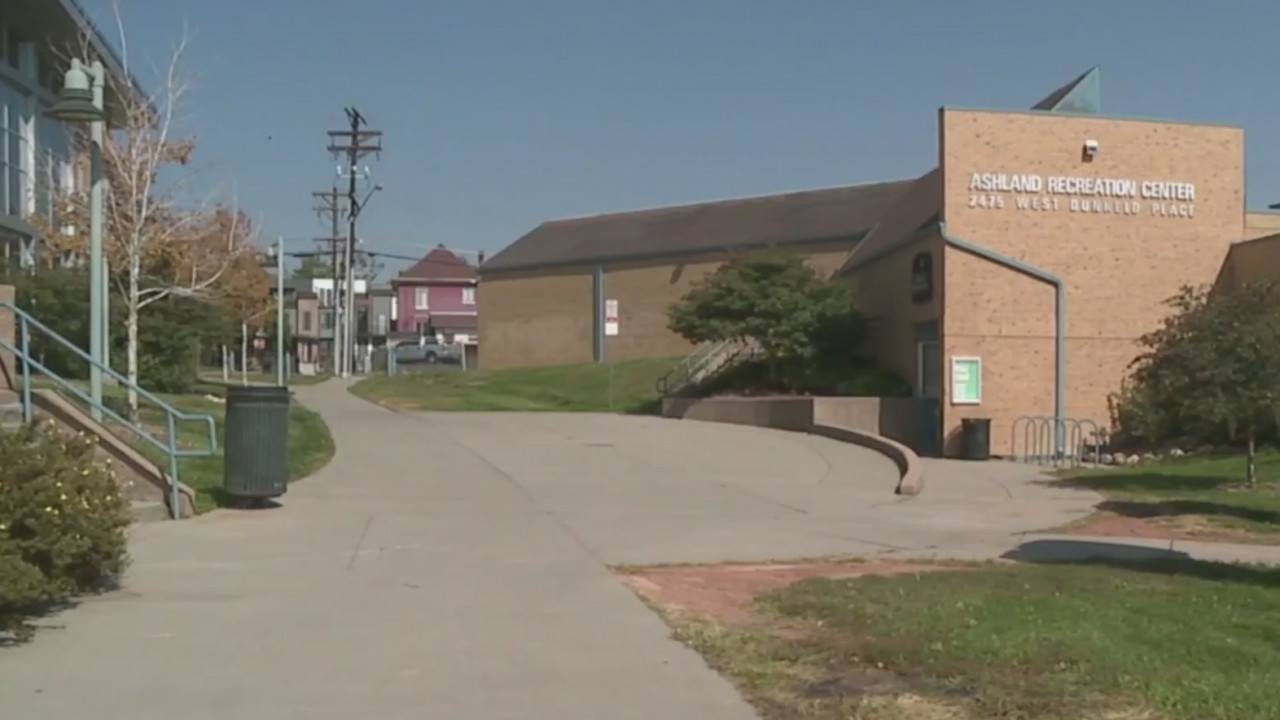