When you unfold the first layer of The Hobbit when you’re a child, it is like ‘going on an adventure’ and it was the first time I was introduced to characters that genuinely affected me. Whether that be the sometimes nauseating resilience and naivety of Bilbo Baggins or the truly terrifying giant spider, Shelob.

The Hobbit introduced me to unlikely heroes and when you grow up in a world of Disney princesses and gallant princes, it’s hard to tear yourself away from these stereotypes, which made me thankful for The Hobbit. It felt like a book lost in time and I needed that grounding as a child, I needed the enemies to be vicious and relentless and in the end I needed my hero to be a hobbit, a small person, caught up in the battle for Middle-earth.

I remember not thinking of The Hobbit as a story, but Middle-earth being a distant land that I’ll never be able to touch, just read about in books. I don’t think I’ll ever regain this innocence of childlike wonder; I had to grow up at some point didn’t I?

Shadow of War Balrog of Morgoth

Thankfully, I had the Lord of the Rings trilogy to get me through and then of course the film versions later on, but it was always going to come to end at some point, with so much left unsaid.

That’s where Shadow of Mordor stepped in, to settle my Lord of the Rings woes and once again transport me to Middle-earth and in a way I had never experienced. I’m always cautious when approaching game adaptations of my favourite books and films, but to have the chance to actively explore and become a part of a story in Lord of the Rings, was extraordinary.

When I delved into Shadow of Mordor, I was heady with the way the action was instant and inescapable. It’s personal for the main protagonist, Talion, a ranger killed by the Black Hand of Sauron. Talion bonds with Lord Celebrimbor, a powerful deceased elf, in limbo and once Talion is resurrected, Talion has unique wraith abilities. Unlike Bilbo and Frodo Baggins, who are characters thrust into brutal unrelenting circumstances, Talion is out for revenge, he is a character that didn’t feel natural to me, but as I continued his quest, I realised, he is the dark side of Mordor. He is the character unshielded by the shire and scarred by Sauron, literally. 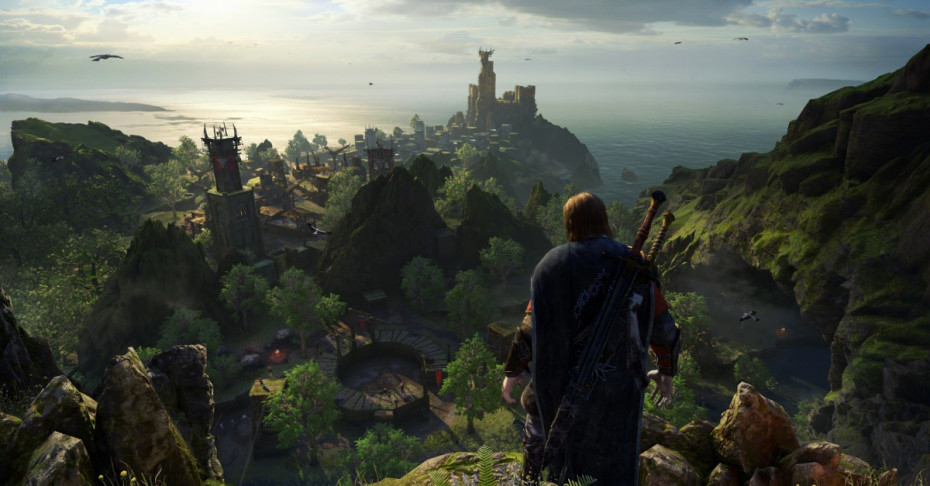 I loved this side to the game and although Shadow of Mordor was difficult in places, the gameplay was mesmerising. It has been confirmed that Shadow of War will have varied difficulty levels, so that new players to the game, can jump in. With story details revealed, I can’t wait to take on the role of Talion again, my hero in turbulent times and build an army of unlikely heroes with an updated Nemesis system.

The army in the Shadow of War story, feels like a band of mismatched warriors, some there for loyalty, revenge, themselves, or just to find their place in Middle-earth. But, this army of uruks, humans, trolls, carries you through the game and it’s great to see a softer side of these creatures that have such a bad rep in the books.

The Shadow of War story begins with the forging of a new ring, giving Talion new abilities, as well as advancing his current skillset. You don’t need to have played Shadow of Mordor to pick up Shadow of War, as players are treated to a cinematic story catch-up at the beginning.

I urge fans of the series to pick up Shadow of War and to join the battle for Middle-earth – it’s not over yet!