Imagine that you’re late for work and desperately searching for your car keys. You’ve looked all over the house but cannot seem to find them anywhere. All of a sudden you realize your keys have been sitting right in front of you the entire time. Why didn’t you see them until now?

Now, a team of Salk Institute scientists led by Professor John Reynolds has uncovered details of the neural mechanisms underlying the perception of objects. They found that patterns of neural signals, called traveling brain waves, exist in the visual system of the awake brain and are organized to allow the brain to perceive objects that are faint or otherwise difficult to see. The findings were published in Nature on October 7, 2020.

“We’ve discovered that faint objects are much more likely to be seen if visualizing the object is timed with the traveling brain waves. The waves actually facilitate perceptual sensitivity, so there are moments in time when you can see things that you otherwise could not,” says Reynolds, senior author of the paper and holder of the Fiona and Sanjay Jha Chair in Neuroscience. “It turns out that these traveling brain waves are an information-gathering process leading to the perception of an object.”

Scientists have studied traveling brain waves during anesthesia but dismissed the waves as an artifact of the anesthesia. Reynolds’ team, however, wondered if these waves exist in the visual part of the brain while awake and if they play a role in perception. They combined recordings in the visual cortex with cutting-edge computational techniques that enabled them to detect and track traveling brain waves.

“In order to understand the neural mechanisms of perception, we needed to develop new computational techniques to track neuronal activity in the visual cortex moment by moment,” says co-first author Lyle Muller, BrainsCAN-funded assistant professor in the Department of Applied Mathematics and the Brain and Mind Institute at Western University in Ontario, Canada, and previously a postdoctoral fellow in the Sejnowski lab at Salk. “We then used these computational methods to uncover what change was occurring in the nervous system to suddenly allow for object recognition.”

The scientists recorded the activity of the neurons from an area of the brain that contained a complete map of the visual world. They then tracked the trajectories of the traveling brain waves during a visual perception task. The scientists held an onscreen target at the threshold of visibility, so that observers could only detect the object 50 percent of the time, and recorded when the target was spotted. Since the target was not changing, the researchers reasoned that the observer’s ability to perceive the object only half of the time had to be due to some change in the neural signals inside the brain.

They found that the brain’s ability to recognize targets was directly related to when and where the traveling brain waves occurred in the visual system: when the traveling waves aligned with the stimulus, the observer could detect the target more easily. These traveling brain waves, which occurred several times per second, were similar to a stadium of sports fans successively standing up and raising their arms, then lowering them and sitting down again. It appears that the visual system is actively sensing the external environment, according to the team.

“There is a spontaneous level of activity in the brain that appears to be regulated by these traveling waves,” says Salk Professor Terrence Sejnowski, an author of the paper and holder of the Francis Crick Chair. “We think the waves are the product of the activity that is propagating around the brain, driven by local neurons firing.”

“We go about our everyday lives thinking that we are accurately seeing the world, but, in fact, our brains are filling in details that are difficult to see,” says Zac Davis, co-first and corresponding author of the paper and a Salk postdoctoral fellow in the Reynolds lab. “Now, we have discovered how the brain weaves together hard-to-see information to perceive an object.”

In the future, the scientists plan to examine whether these brain waves are coordinated across different brain regions devoted to vision. The researchers theorize that the brain waves could serve as a gate between the sensory processing and conscious perception that emerges from the brain as a whole.

How attention helps the brain perceive an object

This document is subject to copyright. Apart from any fair dealing for the purpose of private study or research, no
part may be reproduced without the written permission. The content is provided for information purposes only. 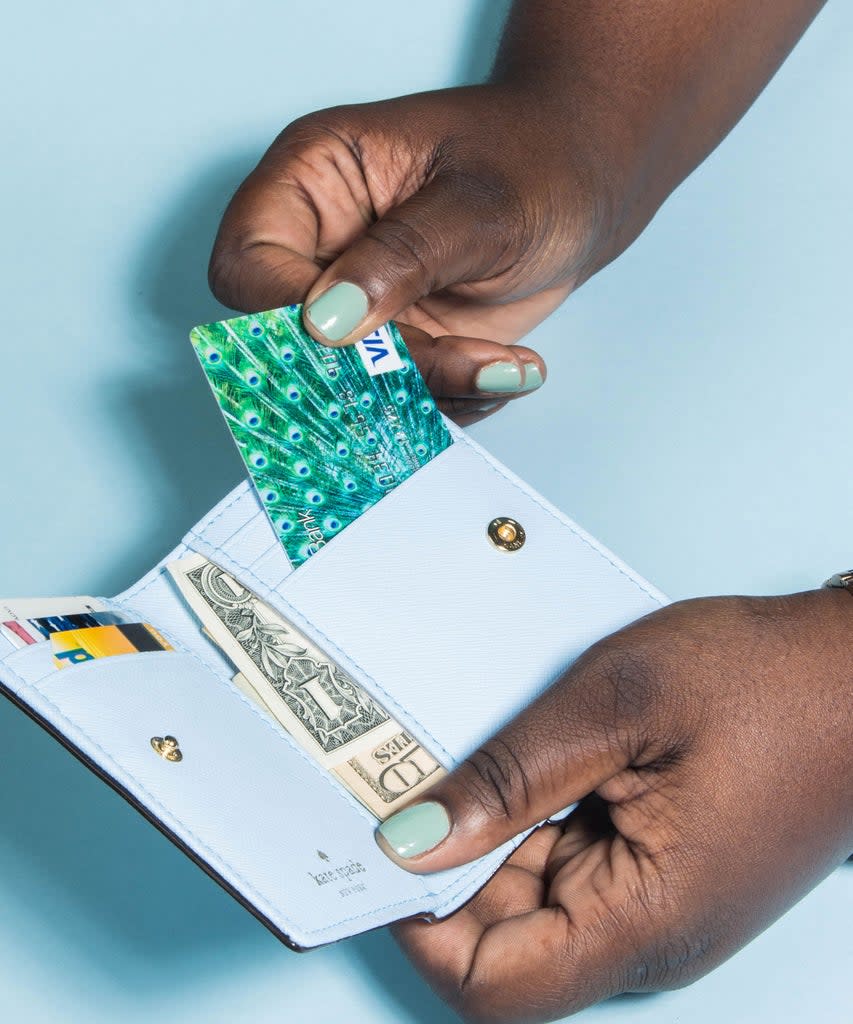 How To Earn & Use Travel Credit Card Points Without Traveling